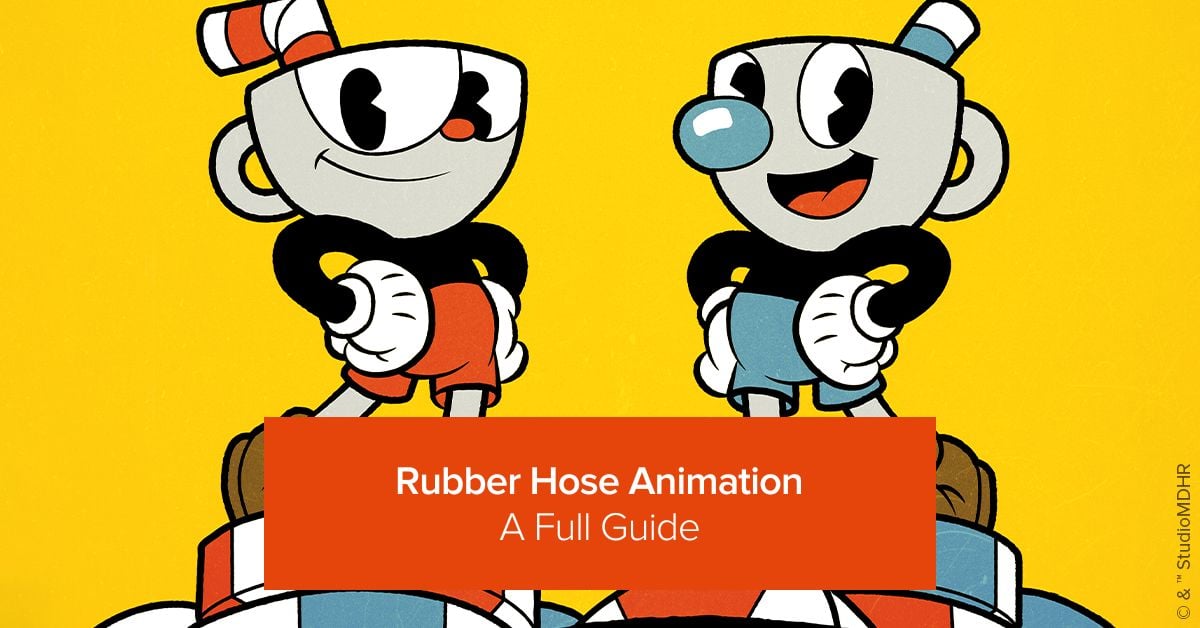 What is Rubber Hose Animation

The defining features of rubber hose animation are its minimalist drawings and its extreme simplification of movement. It’s considered to be a precursor to modern cartoons, but it also had a significant influence on the development of comics and animation in other countries.

The History Behind Rubber Hose Animation

The earliest examples of rubber hose animation were probably the work of Winsor McCay, who created the first successful American animated film, Gertie the Dinosaur (1914).

McCay’s use of fluid, naturalistic movement was a significant departure from the stiff, jerky motion of earlier animated films. McCay’s work inspired a number of other early animators, including Paul Terry and Otto Messmer, who went on to create their own successful animation studios.

The first rubber hose cartoon character was Felix the Cat, who made his debut in 1919. Felix was an instant hit with audiences, and he quickly became one of the most popular cartoon characters of the 1920s.

Felix was followed by a number of other popular characters, including Mickey Mouse, Donald Duck, and Bugs Bunny.

The Slight Waning Of Fame

The popularity of rubber hose animation waned in the 1930s as audiences began to prefer the more realistic style of animation that was being developed by Walt Disney and other studios. However, the rubber hose style made a comeback in the 1940s when it was adapted for use in television cartoons. The most successful of these was probably “The Simpsons”, which debuted in 1989 and is still going strong today.

Despite its decline in popularity, rubber hose animation continues to exert a significant influence on American culture. Many of the most popular cartoon characters of all time, including Mickey Mouse, Donald Duck, and Bugs Bunny, were created in the rubber hose style. In addition, the minimalist drawing and extreme simplification of movement characteristic of rubber hose animation have been adopted by a number of artists and animators working in other styles.

Now to address the real question:

The Procedure Behind This Animation

While the term “rubber hose animation” might make you think of old-timey cartoons, this type of animation is actually still used today in some television cartoons. The drawing style is characterized by its use of thin, flexible hoses to draw the characters and backgrounds instead of using more traditional methods such as cels or stop-motion puppetry. This type of animation was named after the hose-like drawing arm that was used to create the characters.

Despite its name, rubber hose animation does not necessarily require the use of hoses. The term simply refers to the drawing style that was popularized by early animators such as Winsor McCay and Max Fleischer.

How Can You Create Rubber Hose Cartoon

If you’re interested in learning how to animate using the rubber hose style, there are a few things you need to keep in mind.

With these tips in mind, let’s take a look at how to actually animate using the rubber hose style.

1. Draw Your Characters With Long, Thin, and Flexible Lines

When drawing characters for rubber hose animation, it’s important to use long, thin, and flexible lines. This will give your characters a more cartoony look and feel, and it will also help to keep the action fluid and naturalistic.

One way to achieve this is to use a lightbox or graph paper to help you trace your drawings. This will ensure that your lines are straight and even, which is essential for this type of animation.

Another way to achieve this is to use a digital drawing tablet. This will allow you to draw directly onto your computer, and you can use the pressure sensitivity of the tablet to create thinner or thicker lines.

Once you have your lines drawn, you can begin to add movement to your characters. Remember to keep the movement minimal, as too much movement will make the action appear choppy and unnatural.

Remember to keep the movement minimal, as too much movement will make the action appear choppy and unnatural. When adding movement, it’s important to create a sense of rhythm and timing. This can be done by moving the drawings in small increments, such as 1 frame per second.

3. Add Humor and Personality To Your Characters

One extremely famous method of adding humor and personality to your characters is by exaggerating their features and expressions. This is one of the key elements of rubber hose animation, and it’s what will make your cartoons unique and enjoyable to watch.

4. Using Static Backgrounds to Help Create a Sense of Place and Space.

One of the key elements of rubber hose animation is using static backgrounds to help create a sense of place and space. This is done by drawing the backgrounds before the characters and then keeping the drawings relatively simple.

This will help to ground the action in a specific location, and it will also make the characters appear to move through the space more naturally.

Another benefit of using static backgrounds is that they can help to set the mood and tone of the scene. For example, if you’re creating a cartoon that takes place in a dark and sinister forest, then using a dark and foreboding background will help to create that feeling.

So there you have it! These are just a few tips to keep in mind when animating using the rubber hose style. With these guidelines in mind, you should be well on your way to creating your own funny and entertaining cartoons. So get creative and start animating!