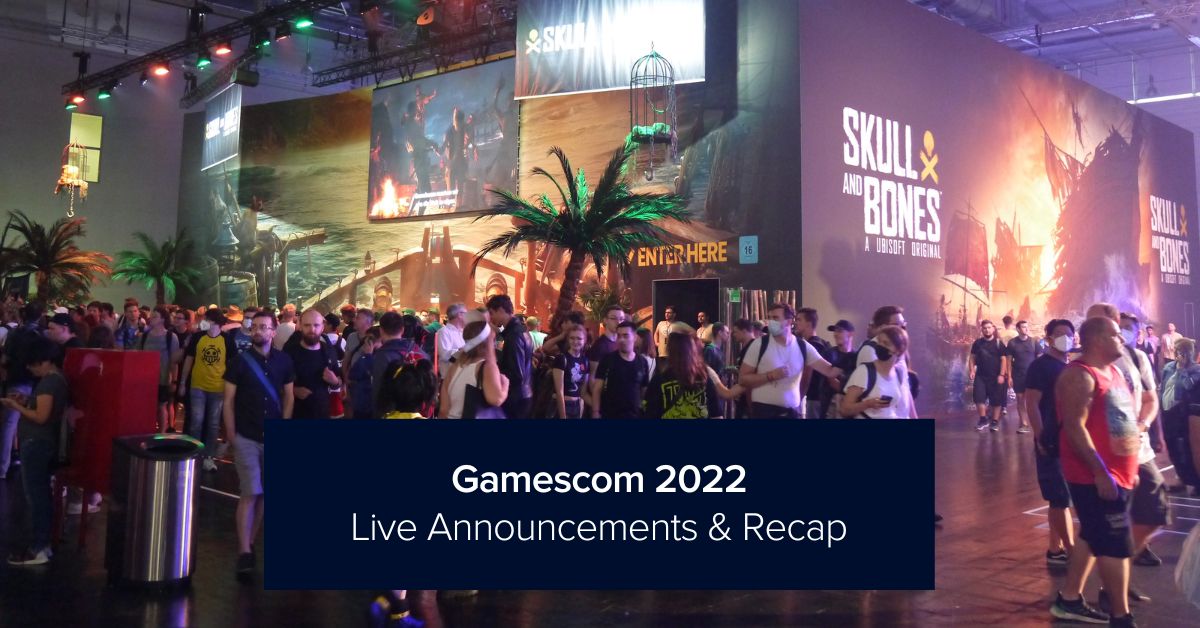 Gamescom 2022 is almost a wrap, and wow, we had an absolutely awesome time there this year; in case you missed most of the major updates and showcases, we’ve got you covered with all of the exclusive coverage straight from Cologne, Germany.

Everyone at Displate is super excited to be a part of the event, and we’re buzzing about all of the games we’re seeing on Display this year.

Which Games Were Presented At Gamescom 2022 in Cologne?

Amazing World Premieres have been announced at 2022’s Gamescom. Here are some of the long-awaited and most anticipated games;

It’s clear from this lineup that computer and video games are about to get a facelift, thanks to various Xbox game studios and PC game developers working tirelessly to bring their best offerings to the event.

From the opening night, we’ve heard some cool stuff about highly anticipated titles and other upcoming games that most fans have been hoping would get a release date.

Let’s dive into some of the awesome booths at Gamescom.

Booths are important at Gamescom because they give companies and developers a chance to show off their new products and upcoming titles.

They also provide a place for gamers to meet up, buy unique game collectables/merch and socialize. Gamescom is one of the biggest gaming conventions in the world, so it’s no surprise that booths play a significant role in the event.

Some of the most popular booths at gamescom are the ones for upcoming AAA titles. These are usually packed with people eager to get their hands on the latest demos and trailers. Other popular booths include those for independent developers and small studios. These usually have a more relaxed atmosphere, and they’re a great place to discover new games.

The upcoming survival horror game developed by Striking Distance Studios is on our radar!

An action-adventure experience of epic proportions.

It’s not a typical booth, but a whole New Tales from Borderland-themed bistro cafe! The booth concept perfectly depicts that the game points to humour and wit. That is what makes it admirable among fans.

Souls-like, but add here the curious style of the setting. The unique and beautiful concepts are what gaming fans are always craving. Same thing as with the Bloodborne game.

A game that keeps better and better. Fans of the game get what they want with every update, what has made the game series so successful.

The upcoming action role-playing game developed by WB Games Montréal looks like it packs a punch.

A new game by the Sabnautica creator. An interesting fact is that a custom graphic editor is incorporated into the game as a part of the whole experience of painting figurines.

Looking for ultimate freedom in an open-world game? This one seems to be made just for you.

Here’s a full list of some of the Gamescom games to be released in 2022 and their release dates. Yep! Thank us later. We put our leading digital publisher hat on sometimes.

Blizzard Entertainment showed us some Diablo, Warcraft and Hearthstone merchandise and gameplay.

Ubisoft, the creators of the Assassin’s Creed Franchise, did a new cinema presentation of Skull and Bones gameplay.

THQ promoted Destroy All Humans – you can find their official brandshop on Displate as well as Darksiders and Desperados III by THQ Nordic.

The event is really huge for the video game industry indeed. Along with gaming, you have an opportunity to dance with transformers folks, take a selfie with amazing cosplayers, and hit the biggest ever merchandise area!

We are still at the event throughout the whole weekend, so don’t hesitate to meet us!

We’ll be keeping a close eye on the developer interviews, announcements of future games and everything else on the cards.

Practicing the Change with Jacek Hibner

The Art of DIY Living with Rachel Metz

In Between Dichotomies: Art by David Lascaris