August 22, 2022 by Martyna Stachowiak in Meet the Collector 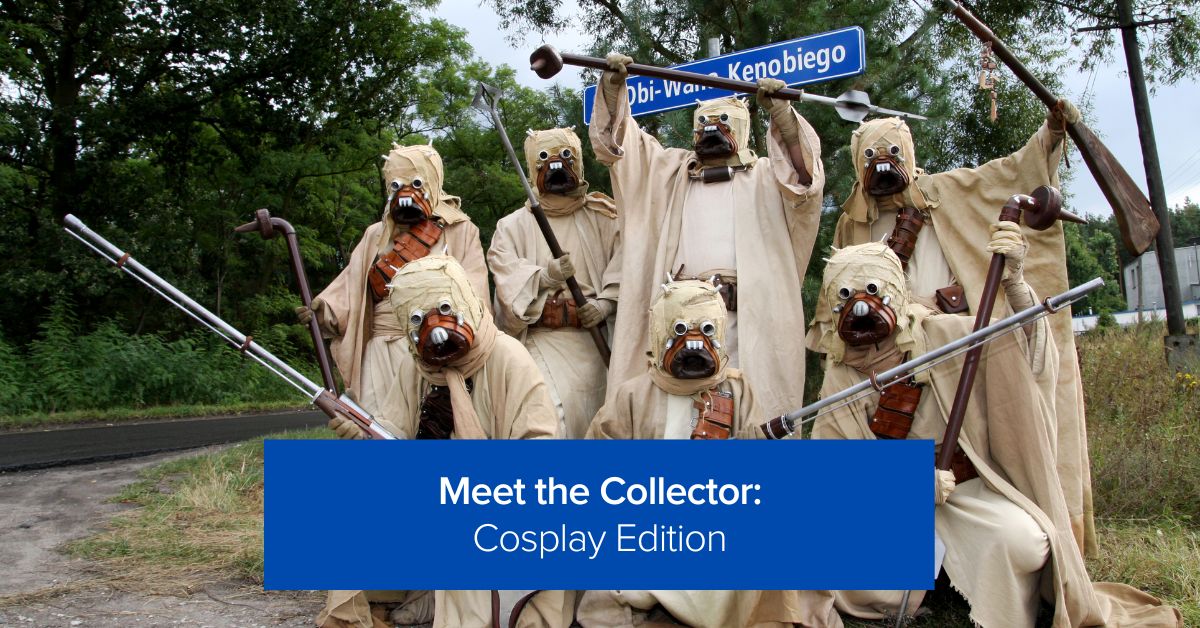 There is a whole lot more to cosplay than just wearing a costume, and Anna, Piotr, and Aleksandra are here to prove it! Members of the Polish chapter of the 501st Legion, a charity costuming organization dedicated to Star Wars, they honor their beloved space franchise by donning outfits of the saga’s villains and give back to their community while doing so. Read what’s the hardest part of cosplaying for them and which characters are their favorite to portray.

When and how did you start cosplaying?

Anna ‘faultfett’ Hikiert-Bereza (Anna): It’s been almost 20 years! The first costume I worked on was Mara Jade, one of my favorite Star Wars Expanded Universe (now renamed Legends) characters. I made it for the Alderaan convention, the second (and last) edition of which was held in 2003. It took me a few years to upgrade it and use it to join the Polish Garrison of the 501st Legion. I admit that the main reason was that my, at the time, future husband had just joined :P. After that, I also registered it in the Polish unit of the Rebel Legion, Eagle Base. And then more costumes followed.

Piotr ‘Falcon’ Bereza (Piotr): My adventure with cosplay began in the spring of 2007 when I completed my first costume, the Scout Trooper. I had already thought about some Star Wars cosplay earlier, but I didn’t have the appropriate means to achieve a professional ensemble then. Through making new costumes, I also discovered myself as a model maker, and I am still learning new techniques to this day.

Aleksandra ‘Lady Sandman’ Świst-Bogdańska (Aleksandra): It was around 2006 when I first saw the Polish Garrison — the Polish branch of a global Star Wars costuming group, the 501st Legion. I was very impressed and quickly discovered that cosplay could be a way to express my Star Wars passion on a different level. And as a member of a dynamically operated local fan club, I was surrounded by wonderful people who felt the same. So, it progressed naturally, and soon most of us got into SW cosplay and became members of the 501st Legion.

What got you into cosplaying?

Anna: I think it’s a bit like taking your fandom to a higher level; when you impersonate the character you like, you step into a galaxy far, far away! It’s just like physically being a part of it.

Aleksandra: It was always about expressing my passion and meeting new, interesting people. Becoming a member of the costuming club was a turning point for me, as I traveled a lot across the country and abroad to many science-fiction/fantasy conventions and made new friends. That’s the most precious thing I got from Star Wars cosplay.

Who is your favorite character to cosplay, and why?

Anna: I don’t have one favorite costume. I try to choose them according to the occasion. For example, children in a hospital are unlikely to recognize Mara Jade, but fans at a fantasy convention will. The Boushh outfit, on the other hand, is not very suitable for hot weather, as it consists of numerous layers of leather. Some costumes are easier to wear for a bit longer, while others, although more impressive, are unfortunately less comfortable.p

Aleksandra: My heart has always been on the Imperial side. I started with a simple black Imperial Officer (inexpensive costume and easy to travel with), then had a male Tusken Rider with a cycler rifle and a Scout Trooper, which was my favorite costume for many years. My current costume is an AT-ST Driver from Return of the Jedi — I love it for its simplicity.

What is the most challenging aspect of cosplay that you have seen or faced?

Anna: Making some parts of the costume. For example, I can’t sew nor create intricate costume items made from leather.

Piotr: One of the most challenging moments I remember was at the beginning of our visit to Legoland, Günzburg. There, along with members of other garrisons, we greeted visitors while standing at attention in a downpour for nearly 2 hours! Another challenging moment was our summer ascent (in costumes!) of Szczeliniec Wielki, the highest peak (919 m) of the Table Mountains.

Aleksandra: When I started my cosplay adventure around the late 2000’ the biggest issue was the budget and the necessity to order armor parts from the US. Sometimes you also need replicas of boots or guns from the WWII period (as they were used in the original movies), which can also be expensive if you are looking for an exact model. Being accurate and canon is essential in the 501st Legion as there are guidelines on how to be screen accurate. This sometimes means fans search for months (or even years) to find the exact model used in the films. Thankfully, due to the recent introduction of 3D printers and advanced vacuum forming techniques, many plastic elements of costumes are now available locally, which makes the process of building a costume a lot easier. Still, you need to sew or create some costume elements from scratch, which can be quite tricky.

What’s the best part about cosplaying?

Anna: The fact that, apart from having fun, you can bring joy to others, such as children in hospitals or orphanages! Charity is one of the main pillars of our activities.

Piotr: Being able to bring at least a short moment of joy to others, especially children. Apart from that, thanks to being a member of the Rebel Legion and the 501st Legion, I met many fantastic people from all over the world.

Aleksandra: Feeling like a part of the Star Wars universe! And of course, the company of friends who feel the same way and like participating in similar activities — mostly conventions and charity events.

Which Star Wars movie is your favorite?

Anna: I would say The Empire Strikes Back, although I also really like Return of the Jedi — mainly because of the scenes in Jabba’s Palace and on his sail barge.

Piotr: I love the original trilogy and treat it as one item, but if I had to choose, it would probably be Return of the Jedi. Mainly for the Battle of Endor, which I really love. This film is a very emotional culmination of the saga for me.

Aleksandra: The Empire Strikes Back! It has the best pace and greatest plot twist in cinematic history, and only here does the Empire win over the Rebellion. Plus, this episode has a lot of Vader in it — my all-time favorite character!

What advice would you give to someone who is just starting their journey in cosplay?

Anna: Don’t get discouraged, look for the best solutions, and don’t be afraid to ask more experienced people for help. But also: pay close attention to details. It’s important to have an -as much as possible- screen accurate (or comic-/ figure- accurate) costume if you want to join one of the organizations officially approved by Disney/Lucasfilm.

Piotr: First of all, don’t rush. There’s a lot of material available on the Internet today, as well as tutorials presenting various techniques and reference photos. It’s better to do something more slowly and accurately than redo it later. Unlike typical cosplayers, we also wear our costumes quite often, so they must be as comfortable and durable as possible.

Aleksandra: Pick a costume that you fancy and, if possible, choose one which is easy to start with just to see if this is for you. And then move on to the more complicated costumes.

Anna: There is no age limit to start or stop cosplaying. The best proof is our son, who took part in his first Great Orchestra of Christmas Charity when he was only three months old! Or the oldest (now late) member of the 501st Legion, a woman aged 90, who cosplayed as a Jawa. Gender doesn’t matter when you can impersonate your favorite character accurately. It’s fun for everyone!

Piotr: I would like to encourage people thinking about cosplaying to stop procrastinating and get to work. Nowadays, plenty of opportunities are available, allowing you to do things that were practically impossible just a few years ago.

Aleksandra: The Empire needs you, so if you are considering joining the galactic fight, get started on your first costume and see where it goes! Good luck.